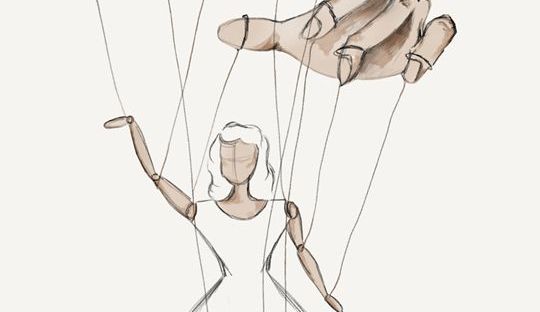 The Chosen One beloved by all appears with open hands –
On the Anniversary Of Death,
against the midnight blue.
Such a simple magic lantern show!
It’s designer is a twisted mind.
Thousands come on bended knee,
But by the numbers – Is it true?

The merchant comes with gold and silver –
“Here is success and happiness!”
Promising you’ll find it in the jewels of every hue.
What is it that you’re fleeing from?
“Simplify!” the wise man said.
Seek the lesson in the trouble
Gold is pretty – But is it true?

The lights shine on the rich famous
And on the tragedies each day –
And bring us news of war, deals, and the Many versus the Few.
Theater is a wonderful thing –
Psychology is even better.
Their food source tunes in daily,
But the wise ask, “Is it true?”

They raise up Science in all its glory
“If you can’t touch it, it isn’t there.”
And the masses follow trendy paths while devoid of a single clue.
The angels walk the middle road – How many of you have followed?
As the White Coat contemplates,
Search your heart first – Is it true?

They tell us now that peace is coming
“Times are good and prosperous!”
And they promise greatness, health, and wealth to those like me and you.
“The road to Hell is paved with good intentions.”
(Some even pave it with lies.)
Look closely at the dream they offer.
Clean and shiny – But is it true?

They praise the god of Sloth and Pleasure
Brother of the god called War
While others sing, dance, and pray for the Age that comes anew.
The decrepit ship has built a bigger one –
Their Loop Hole will burn thousands.
So as they teach you “history”,
Look behind them
Is it true?

Artwork: “The Puppeteer” by Mehar Anaokar

Ena Whiteraven (a.k.a. Henry) uses elements of mystery and fantasy to inspire readers to seek truth and embrace imagination and creativity in an increasingly dark world. Some of her work has been featured online at The Poetry Bar and The Positivity Press. She also appears as a guest blogger on Spiritually Awkward Magazine / A Life Of Virtues. In her spare time, she also enjoys reading, gardening, paper and nature crafting, learning new skills, and living the simple life. She’s also an active member of the private Facebook group Exploring Angels. View all posts by Ena Whiteraven

Follow The Whiteraven Net on WordPress.com
Join 258 other subscribers